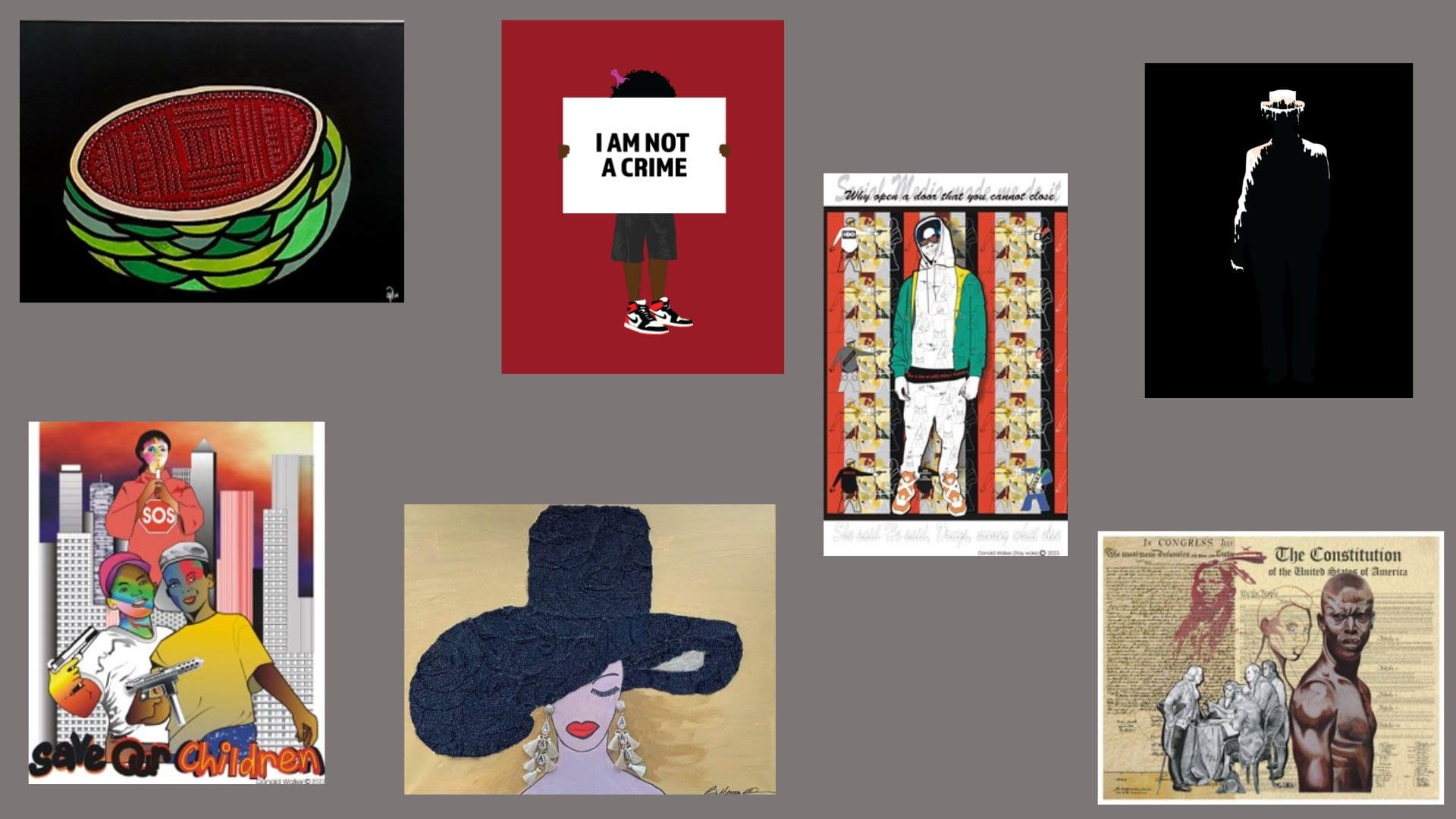 BLACK ARTISTRY EXPLAINS AMERICAN HISTORY
Tuesdays April 4, 18, 25; May 2 at 12:30 to 2 (No Class on April 11)
A LIVE series meeting in the Roseville Library Community Program Room.
2180 Hamline Ave. N.
This is a Tuesday Scholar series.
Pre-registration requested

Art can deepen our understanding of our shared narrative and anchor our knowledge of ourselves. Join distinguished historian James Stewart and four African-American artists as they interpret American history through images of the Black experience. Black history is American history.

April 4– Beverly Tipton Hammond:  Black Women and the Legacies of Africa
We explore the rich connections between African American and African culture expressed women’s empowerment through music, cuisine, architecture, fine arts, religion, and the struggle for racial equality.  How has fashion empowered women to mobilize for racial justice?

April 18—A. Drew Hammond:  Four Centuries of Racism, Rage, and Resistance
An examination of images that connect the 16th century origins of American white supremacy with African Americans’ 400-year history of struggle to resist and overcome it.

April 25— Kennedy Simpson:  White Racism and Personal Identity
How have Black people struggled to create and interrogate images of self-identity in a historical context of white racism?

May 2– Donald Walker:  Law and Racial Justice: Allies and Antagonists
Through images, we explore the essential nature of our nation’s tragic and enduring contradiction between the goal of equality before the law and the reality of subjugation and marginalization.

James Stewart is Professor Emeritus at Macalester and a distinguished scholar of the Abolitionist Movement.

Beverly Tipton Hammond is a painter and collage artist. Most recently her “Hattitude Series” was featured at the Minnesota African American Heritage Museum & Gallery.

A. Drew Hammond has never had any formal art training beyond what he learned in public school. He credits God with endowing him with the gift for art.

Kennedy Simpson is a Graphic Designer from St. Paul.  She takes inspiration through her experiences as a mixed-race person, using Illustrator, InDesign, and Photoshop to explore ideas of racial confusion and the impacts of micro aggressions.

Donald Walker pursued an award-winning career as the first African American artist to work at the Minneapolis Star Tribune.

These are LIVE programs to be held at the Roseville Library Community Program Room.  You are requested to register in advance for the series on our website or by calling the Library at 651-724-6001.  (Press 3)
This series is co-sponsored by the Osher Lifelong Learning Institute of the University of Minnesota with financial support from Minnesota’s Arts and Cultural Heritage Fund.